Life in Germany is a bit different than in most countries. At first glance, the people are a bit stricter, the train stations a bit cleaner and the schools a bit bigger than in most other countries. Life here as a foreigner? “It all depends on you,” says Ahmed laughing. Ahmed came from Morocco two years ago and has since become firmly integrated into Germany. He studies mechanical engineering at RWTH Aachen University, plays football with his university team and meets friends to go out in the evening.

ALL BEGINNINGS ARE DIFFICULT

“Of course it wasn’t easy in the beginning. In the beginning I hardly had any German friends and after a few weeks I was a bit depressed: My language skills simply didn’t improve fast enough.” Today Ahmed has no more problems with that. “In my circle of friends it doesn’t really matter where you come from. I have friends from Germany, France, Tunisia and Ukraine, we all speak German. Most of us study engineering, but also economics and other subjects”. When it comes to studying, Ahmed suddenly gets serious and reports that it wasn’t easy, especially during the first semester. “The German university degree is generally one of the best in the world. I have brilliant colleagues and especially at the beginning it was very hard. I learned day and night to pass my exams! In Morocco I was always one of the best, in the beginning it was just enough to get my certificates.” Today, however, that has improved and Ahmed also has good grades in Germany. What does he want to do?” First a Master and later I would like to work for one of the big car companies in Southern Germany, preferably at BMW in Munich” he tells with shining eyes. “Munich is ideally located, so close to the Alps and Austria, Switzerland and Italy are also not far away! Besides, last year I was at the Oktoberfest for the first time, that was really… (break)… interesting” he adds with a laugh.

Like most foreign students, Ahmed has several part-time jobs to finance his studies. First he worked in a hotel, later in a bakery and as a translator. Finally, Ahmed apologises for having to leave, after football he still has a date with his girlfriend Lara. They got to know each other at the beginning of their studies at an introductory event. Does he still have any advice for life in Germany? “I am a guest in Germany and it is my job to adapt to the circumstances here. Of course there are setbacks and of course many things are different than at home. But Germany is what you make of it, even if it is sometimes exhausting. In the meantime, however, I can look to Germany with a clear conscience as my second home and I’m already looking forward to starting my career here.”

Well then: Good luck Ahmed and see you hopefully soon! 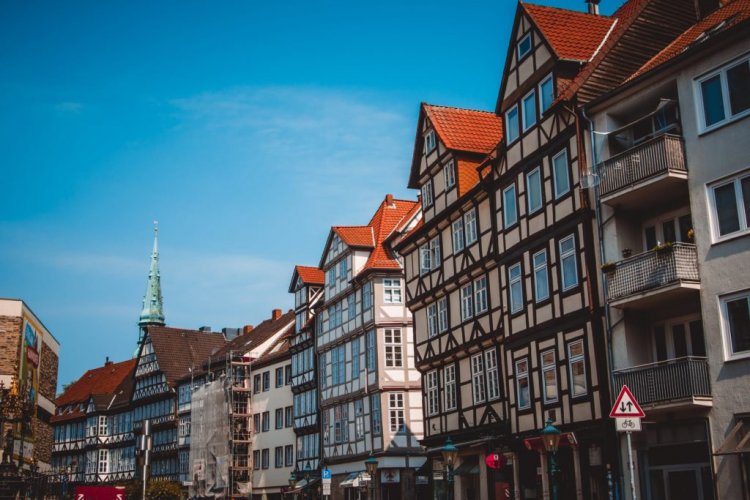